Republic Day (Turkish: Cumhuriyet Bayramı) is a public holiday in Turkey commemorating the proclamation of the Republic of Turkey, on 29 October 1923. It lasts 35 hours, starting each year at 1:00 pm on 28 October.

The holiday commemorates the events of 29 October 1923, when Mustafa Kemal Atatürk declared that Turkey was henceforth a republic. Turkey had de facto been a republic since 23 April 1920, the date of the establishment of the Grand National Assembly of Turkey, but the official confirmation of this fact came only three-and-a-half years later. On 29 October 1923, the status of the nation as a republic was declared and its official name was proclaimed to be Türkiye Cumhuriyeti (“the Republic of Turkey”). After that, a vote was held in the Grand National Assembly, and Atatürk was elected as the first President of the Republic of Turkey. Source: Wikipedia 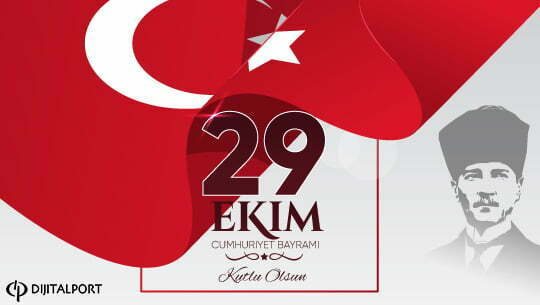